I stumbled upon a blog a few days ago, a charming blog from a charming man named Bruno, who lives in Belgium. You can find it here. If you visit it, one of your first thoughts will be, “What a charming blog!” Followed closely by, “He must be a charming man.” Speedily met with, “OH WOW, THAT LOOKS GOOD, I WANNA EAT THAT!” 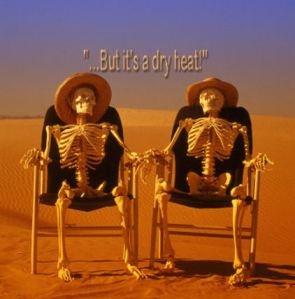 Meanwhile, in my kitchen, it’s hot. Dang hot. Like, really hot. Did I tell you I live in Phoenix, Arizona? Granted, it only hit 109 that day. Practically balmy for Phoenix. But still. It’s hard to think about cooking dinner when the mercury level is triple digits.

So instead, I sat at the computer and wrote. I read Bruno’s blog, wrote some more. Looked at the blog again. Gosh those pictures are pretty. Wrote some more. Read it again.

Do you know what he did when he was about 18? Well, if you visited his blog you’d know. Here’s the link again: visit it now.  I’ll wait …

Dee-dum-de-dum … Hmm, wonder what’s happening on Facebook … oh, look who got a haircut … interesting choice of haircolor … aww, another cat video! .. ha-ha … *like* …

Oh, are you back now? Wasn’t that great? My first thought was, what 18-year-old thinks up a wonderful scheme like that? To purchase six bottles of wine to drink at a future party, to celebrate the eventual day he thought he’d be a father. Like I said, what a charming man. He was even charming as an 18-year-old. My second thought was, HEY! He went in a liquor store at 18 and bought six bottles of wine?!

You know what I was doing at 18? Crying in my Shirley Temple. Why, you ask? Because the scheming

legislators of Arizona, mere weeks before I turned 18, got together and decided to ruin by birthday by increasing the drinking age to 21. Auugghhh! A friend of mine, an older friend with a wicked sense of humor, made me a Shirley Temple. Have you ever heard of anything so tragic? Meanwhile, a young man named Bruno bought six bottles of wine.

Son steps in room and asks, “Um … anything planned for dinner?”

It used to be my family would ask, “What’s for dinner?” but that phrase never sat well with me. Not sure why. Maybe it had to do with how they’d respond to my answer, which was either, “Oh boy!” or, “Oh no!” or, “Again?!” So now they temper their question. Now they merely want to know if dinner has any chance of taking place at all.

I shrug. Son sighs and walks away.

Meanwhile, Bruno prepared two types of bruschetta for his friend. And scallops. That was their starter.

I write some more.

Husband looks in room, says something food related. My brain takes a moment to return to reality. When did Husband come home? Oh dear, it’s after 8:00. Yes, now that you mention it, I am hungry. How about that? Hmm. It’s the end of the paycheck, so eating out won’t do. We’re trying to be smart.

We wind up having a frozen pizza, which given the fact we’re ravenous, tasted halfway decent. Plus it was on sale, 3 for $10. What kind of pizza can you get for $3.33 you ask? A halfway decent one, as long as you’re ravenous.

Meanwhile, a man in Belgium sat down with a friend and had T-bone steak with homemade french fries, béarnaise, fennel and a simple salad. Along with the wine he bought when he was 18.

I find that charming.

It’s one of the things I’ve enjoyed most about blogging: finding other bloggers. They are a fascinating bunch, full of interesting stories, delightful recipes, beautiful pictures, and lovely prose. It’s great fun.

Now, if you want to learn how to make any of the foods mentioned above, you know where to find Bruno’s site. Hop on over there and ask him. As for me, I could give you a review of frozen pizza brands, but you probably know what you like. Instead, I give you something to enjoy on a hot summer day so you can pretend you’re a kid again, or a brokenhearted 18-year-old:

Fill glass with ice. Pour equal amounts of each soda in glass, add a dash (about a tablespoon) of grenadine syrup. Garnish with cherry. Gosh darnit, you’re cute.

4 thoughts on “A Tale of Two Kitchens”