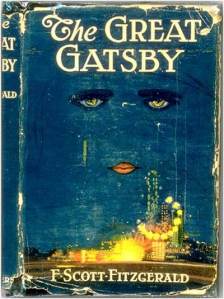 I’ve decided I have to reread The Great Gatsby, because I got to talking to someone recently about a scene in the book, then got to thinking it may not have been a scene from that book. It may have been another book, but I think it’s that book, only I’m not sure. Which is really annoying, you know?

So now I have to reread the book to see if I was right, which I really hope I am because if I’m not, I’m going to have to reread every flippin’ book I’ve ever read.

Which now that I think about it, isn’t such a bad idea.

Anyhow, the scene is in a restaurant or cafe and Gatsby (I think) tells the others to watch all the other men in the place, as he will be the only one who does not touch his face, adjust his clothing, etc., indicating he alone has acquired true poise.

It sure sounds like something Gatsby would do, doesn’t it? It’s also a good explanation for why he didn’t have any friends. I mean, you pull something like that the next time you’re out with friends, you’re sure to get them all fidgeting and scratching and pretty much agreeing that you’re a grade A asshole.

Nevertheless, poise is a highly desirable trait and one I’m sure you discerning readers are anxious to attain. So I’ve come up with three easy steps you can take to achieve poise, without pissing off any of your friends.

By the way, I can’t mention The Great Gatsby without telling you about the first time I read it and then immediately read it again. It was in high school, I think I was 15, and a close friend in my English class had a different reading list than everyone else in the class — and the reason for that was The Great Gatsby.

You see, she was from a profoundly conservative, religious family. Extremely religious. Like, if I were to tell you how religious they were, you’d think I was making it up. Frankly, it still amazes me how we got to be good friends, but there you go.

As my friend explained it to me, one morning she had the book on their kitchen table and her father picked it up. “Let’s see what you’re reading,” he said, and opened it up to this exact passage:

He was a son of God — a phrase which, if it means anything, means just that — and he must be about His Father’s business, …

Friend’s father called the school, demanded to speak to the English teacher, a meeting was scheduled, and as a result of the meeting, Friend was placed on a different reading list than everyone else in the class. Meaning she didn’t read The Grapes of Wrath, Fahrenheit 451 or Native Son either. 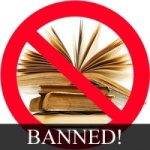 It also meant I had newfound interest in The Great Gatsby and promptly reread it, carefully this time, pouring over every phrase and looking deep into meanings I might have missed before.

So lest we be too quick to judge Friend’s father for the idiot he was, at least he made an appreciative reader out of me.

In any case, here’s another quick aside that more closely relates to the post at hand: my father had poise; Friend’s father did not.

I’m saying this not to brag (well, alright, I’m bragging a little), but mostly I just want to point out a great Truth (hence the capital T), as well as to direct my readers back to the topic of poise. (Notice how seamlessly I did that? I swear, I should be giving writing lessons.)

So without further ado, here are three quick, easy steps you can take to achieve poise:

Step 1: Cultivate an air of mystery

In other words, don’t talk so damn much. It’s rather hard to maintain an air of mystery when you keep blabbing every single thing that enters your head. For instance, back to Friend’s father, I knew his religious views (fanatical), political views (insane), opinions of then pope (spawn of Satan), and overview of society at large (doomed, doomed, hopelessly doomed).

As to my father, he was what people called ‘a quiet man.’ He was not quick to pass judgement or even offer his opinions, unless directly asked. Heck, I’m still not sure what he thought about the pope or society at large. (It’s a mystery.)

That doesn’t mean dress like a Republican (although you can if you want). Rather, it means dress in a

way that does not require you to make adjustments all day long. Pants slipping down? Wear a belt. Bra straps showing? Wear a shirt with sleeves. Underwear bunching up? Dear God, why are you telling us about it? Get new underwear.

By the way, have you ever been to a wedding where the bride kept tugging at her strapless gown? Charming, isn’t it? Makes you wonder if anyone has developed a drinking game for it. If not, feel free to start one at the next wedding you attend.

Step 3: Monitor that laugh of yours, Chuckles

Admittedly, this one is a little more difficult to do, but I’m told it’s possible. It’s not so hard when it comes to minor amusements — you tilt your head, give them a knowing smile, possibly add a throaty ha-ha if you’re feeling generous. It’s the times you’re caught off guard that are tricky. That’s when my laugh turns from delightful girlish giggle to something like a cat in heat. And there’s a woman I work with who sometimes has that snort thing going on, which makes me laugh, which makes her snort more, until pretty soon she’s snorting up a storm and Fluffy is looking to score.

I’m told the thing to do in those circumstances is to find recordings of laughs you like, listen to them repeatedly and imitate them often, until one magical day, they become your own. Sounds like an enjoyable little practice, but I’m not sure how to go about getting those recordings without also getting a restraining order or two. Damned inconvenient, those restraining orders. But hey, if I work out a solution, you’ll be the first to know.

And there you have it — three steps to acquiring poise in your lifetime. But hey, let’s not stop there.

Now that you’re on your way to developing true poise, you’ll want to come up with a signature drink for yourself. That’s a sign of real class, that’s what that is.

Happily, I’ve written a post about drinks and the people who drink them. Maybe it will help you reach a decision. Although you may want to consider Daisy Buchanan’s drink of choice — the Mint Julep. After all, with a voice that “sounds full of money,” she had to know a thing or two about drinks.

Mint juleps aren’t difficult to make, but all the same, avoid ordering them in a bar. If they’re on the menu in a restaurant, fine, but in your ordinary bar, nuh-uh. Best to avoid ordering drinks that require much muddling. The bartender will look at you askance, and there’s nothing worse than being looked at askance.