Warning: This article contains grown up words like penis, vagina, and boobs. If that offends you, then you need to read this article to learn why it shouldn’t.

Daughter was four, Son was five, and we were living in a small town in Colorado. In a big house we didn’t own, across the street from a library and park. Charming, right? 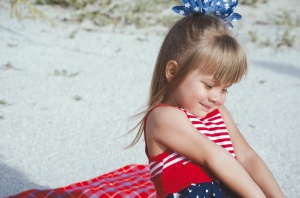 But just like all parents, I harbored fears that someone might harm my children. I didn’t obsess over it, but I remember that little niggling fear anytime they wandered out of sight, or when I lost them in a store, or if I saw yet another news story– what if it happened to us?

Then the newspaper ran a series of articles. They interviewed convicted pedophiles about their crimes. Five of them, and they held nothing back. They told everything — when they started, how they chose their victims, what they looked for, how they planned it out, how long they waited to make their move.

One said the only reason he married his wife was to gain access to her younger brother. Another said he joined a church and volunteered to lead the youth group. There were sleepovers. Parents dropped their kids off. They never suspected a thing.

It was horrifying, terrifying, but I couldn’t stop reading. It’s the terror every parent faces – how do we protect our children from monsters? Especially if the monsters are friends of ours, family members, or the nice young man from church?

But a young child who calls it his wee-wee, who thinks mommy and daddy had a baby because they prayed for one, that child won’t understand a thing. That child will remain silent. You can bank on it.

I knew what I had to do, but I didn’t have the slightest idea how to do it. Should I just blurt it out at the breakfast table? “Look kiddies, Mommy made pancakes! Let’s pretend these are ovaries, and the sausage links are fallopian tubes. Can you say fallopian tubes?”

Instead, I went to the library. Did you know there’s a whole section of parenting books specifically on this subject? How to talk to your kids about sex? What’s more, there are kids books. Picture books. Pictures, people!

I looked over the books, made my pick, and marked at what point I’d stop reading. Because they didn’t need to know everything. I’d give them the basics – they’ll learn the proper names of things and how babies are born. But we won’t read the sex part. They don’t need to know that. Not yet.

Even at age 4, Daughter was damned astute. Meanwhile, Son was playing with a transformer toy, completely unconcerned. Men.

I opened the book and finished it. Oh God, I finished it. It showed everything, people! It showed naked bodies… tab A goes into slot B… you got the whole shebang.

And the illustrated man and big-breasted woman didn’t even have a sheet over them, for crying out loud! I mean, where’s their sense of decency?

My mouth was dry… I need water… What am I doing? … They’ll be scarred for life… Good Lord, an erection too? Really? Did they have to draw that?…

Finally, thank God, it was over. I closed the book.
“I’m never going to do that,” Daughter announced.
“Some day you might feel differently.”
“No I won’t,” she said. And off they went to play. Completely unfazed, by all appearances.

As for me, I congratulated myself on a job well done. That’s one parenting task to check off the list: “The Talk.” Telling the kids about the birds and the bees. Yep, that’s done. And wow, way ahead of schedule too! Isn’t that great?

What they don’t tell you is that there’s no such thing as The Talk. There are many, many talks. I can’t begin to count how many times the topic came up again. “Tell me again how babies are born? I forgot.” Or I’d have to clarify something they heard on the playground, fill in a few more details.

“What does it mean to be ‘gay’? (Oops – that was covered in a different picture book.)
“Well, you know how daddy is a man and I’m a woman? If I were gay, I’d rather daddy be a woman. And if daddy was gay, he’d rather I be a man.” (They both nodded, completely satisfied with the answer.)

Not that long ago I overheard Son tell his friends he learned about sex when he was in the fifth grade. When I corrected him, that actually he was in kindergarten, he was shocked. Because it wasn’t until the fifth grade that it clicked — that’s when it came together for him and made sense. It happened earlier than that for Daughter, but I think females are more invested in the story.

Some might argue, wouldn’t it make more sense to tell the story when they are old enough to understand it? Just wait until they can grasp it all at once? 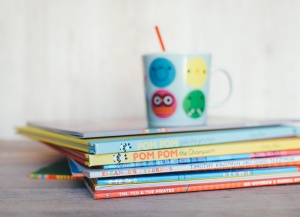 And just so you know, my kids’ childhood was not ruined because I read them a picture book about sex. They still played with Legos and action figures, they still watched Winnie the Pooh, they still cried when they skinned their knees.

Children can handle so much more than we give them credit for, and our desire to keep them ‘innocent’ can be misguided, as well as dangerous. We need to be careful that our high-minded morals and statements of “Oh, they are far too young to know that!” isn’t in truth our own discomfort over the subject of sex. For the sake of our children, we need to get over it.

I was by no means a perfect parent. There are many, many things I wish I could do over, words I wish I could erase, times when I could have been far more patient and understanding.

But this time – the time I told them the facts of life when they were four and five years old – this time I did good.

And apparently, I have five convicted pedophiles to thank for it.