This is my second week in Niki’s Kindness Challenge, which you can read about HERE.

This week I was to be mindful of acts of kindness around me, which made for a fun week, let me tell you. First, let me give you the highlights, as I interpreted them:

Monday: A co-worker left a package of microwave popcorn in my mailbox, with a note that said, “Thanks for popping in!” Her office is a little secluded and I stop in to say hi from time to time. I didn’t realize it mattered to her, so the popcorn was a sweet gesture and, therefore, kind.

Tuesday: Our receptionist brought in apricots from her mother’s tree. This might not seem like a big deal to you, but I’d never had a just-picked apricot before. I was surprised how good they were, and she didn’t have to bring them in, right? Sharing is an act of kindness.

Wednesday: Speaking of sharing, a student brought a box of Krispy Kreme donuts for his class and as he was passing through the front office, stopped to offer one to the secretary who sits across from me. (She’s helped him several times this year so it didn’t surprise me he’d give her a donut.) Then, as he walked away, he saw I was watching so offered me a donut as well. Here’s the thing: he didn’t have to offer one to me, but it was the polite thing to do. And politeness, it many ways, equals kindness. (Think about it.)

Thursday: As I’m putting my lunch box in the break-room fridge, I see a bowl of apricots with my name on it. The receptionist knew I enjoyed them and thought I might like to make something with them. I told her I’d bring in the results tomorrow.

Friday: I’m not sure why I waited until morning to make apricot cobbler, but I did. By the time I’m ready to leave (and finally locate my keys) I’m that wee bit late and really pissed with myself. To top it off, I’m stuck at the slowest traffic light in the history of traffic lights. But then I see a guy standing at the corner, out for his morning jog. With no shirt on. And he was buff. Like, really buff.
Had I been on time, I would have missed it.
I decided his act of going shirtless was nice, in a kindly sort of way. I mean, it improved my mood, okay? So it counts.
I arrive at work and notice the receptionist, who has been posting encouraging signs for students during finals week (which is kind too, right?), put a new sign out: 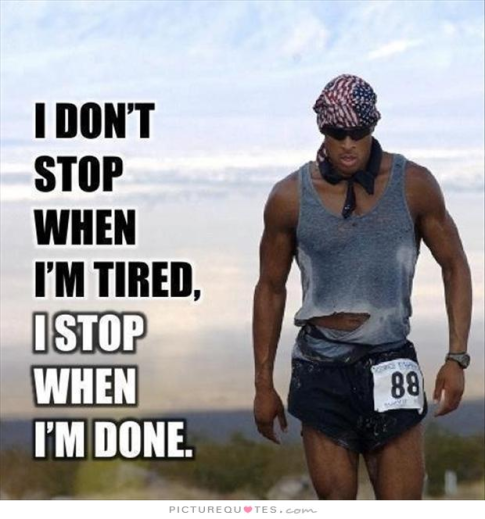 Yet another act of kindness for all who appreciate the male physique.

Also, my apricot cobbler was a hit with one of the security guards, who gave me a a very sincere compliment and a fist bump. (It’s not every day I get a fist bump.)

But probably the biggest act of kindness came from a most unexpected source. It was a call from a parent — one of those parents. (We’ve actually had this guy escorted off campus, that’s how bad he is.)
I have no choice but to answer the phone.
He’s clearly agitated and talking a mile a minute, but at no time does he insult me, accuse me of incompetence or swear. And then, as he finishes up, he says, “So if you could pass along this information, I’d really appreciate it. I hope someone there can help my son. Thank you very much,” and he hung up.

I was shocked. I told a couple secretaries and administrators. No one could believe it. They had me repeat the name, certain they heard it wrong. It was the weirdest thing.

Here’s my take: these polite behaviors we show each other — our “good manners” — saying ‘please’ and ‘thank you’, sharing our bounty of apricots, or offering a donut to a person standing nearby — they’re really acts of kindness. And I don’t think we appreciate how much they are until we find them lacking, or when a person who is typically rude suddenly acquires them.

So that’s what I discovered from this week: Finding true appreciation for good manners, in all the many small ways they are presented.

As well as appreciating the male physique. Don’t forget that. 🙂