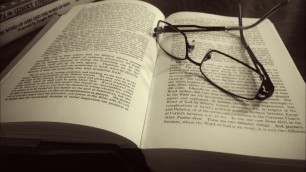 For a brief look into St. Patrick’s history, with a healthy dose of good Theology thrown in, please turn to Mitch Teemley’s post: Forgiveness + Love = Freedom.

It brought to mind a book I read… couldn’t remember the name, but I knew it had something to do with Celtic Christianity. So that’s what I Googled.

Celtics say that,
“God always seeks us out, working for our healing and restoration”.
This is not true. He has predestinated some to be elect. The rest are doomed to hell and will never, ever, be saved or go to Heaven. The statement by Celtics is what we hear from modern churchgoers who have little or no discernment. The idea that God is forever seeking out people is wrong: God already knows who will be saved, so He does not need to find them!

I read the full article, plus the comments. Here’s a bit of the comments (Brid is speaking against the article, K B Napier is the author, Fr. Sean Connery – for real! – is third):

Full disclosure: I’d consider converting to Catholicism if my priest was Sean Connery.

Later in the comments, when someone suggests he stop mudslinging other Christians, abusing Catholics, and being so, you know, judgmental, he states:

ALL denominations are unbalanced.
As for Catholicism – I take it your comment was a joke. Catholicism is not even Christian, let alone authentic.
There can be no commonality.
Only God’s word is truth.
The rest are to be cast aside as evil.
Thus, all false religions are our enemies.
It is tiresome to read your last statement, because we are commanded to judge… the only time we may not judge is when we are ourselves guilty of the same accusations. Read the Bible!

Now here’s the thing: as those of us who have blogs can tell you, any Jack can have a blog. And any Jack with a blog can have an opinion, and usually does. Otherwise, what’s the point of having a blog?

For preaching that God does not seek and love all people, for casting aside as “evil” all Christian denominations, for your blind hatred of Catholics (and disrespecting Fr. Sean Connery),  and for tarnishing the good name of St. Patrick and his day (no doubt being against green beer too), you’ve earned:

Until next week,
Vaya con Dios

P.S. The book I couldn’t think of earlier was The Celtic Way of Evangelism, by George Hunter III. Another good book is How the Irish Saved Civilization, by Thomas Cahill. Both use well-researched, historically accurate information. K B Napier would hate them. 😉