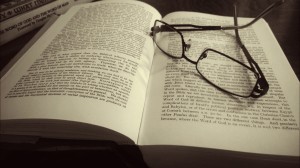 When I first had the idea of a Bad Theology series, I knew I wouldn’t lack for examples.

It’s just that… well… shoot. I wish it wasn’t so gosh-darned easy.

This was found on Facebook last week. As in, the week before Easter. Holy Week. 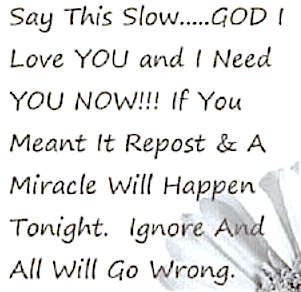 Things like this used to piss me off big time, because I thought they made Christians look stupid. And then I’d get all judgemental and “geez, what are churches teaching these people,” and so on.

Then someone from my church posted one.

Augh! Not someone from MY church! Nooooooo!

I couldn’t let it slide, so I left a comment. A simple one. Something along the lines of, “Pretty sure that’s not how it works.”

Honestly, you’d thought I opened the floodgates. Suddenly people were commenting right and left, every last one of them in complete agreement with me. Yeah!

But what about my church friend? What led him to post such a ridiculous meme?

He explained it this way: “Yeah, I know it doesn’t work like that. But the problem is I read it and I’m too superstitious. I can’t let it go.”

I know I’m probably wasting my breath, but here goes: If you’re superstitious and can’t let these sort of things pass, because you’re certain something really, really bad might possibly-at-one-time-maybe-not-now-but-soon happen to you, then let me reassure you. I have never once shared one of those posts. Not ever. Nor will I.

Look at it this way. If you have a blanket rule of never posting or sharing dumb religious memes, you won’t ever run the risk of having this on your wall:

Because, you know, that’s Ewan McGregor as Obi Wan.

Until next time,
Vaya con Dios