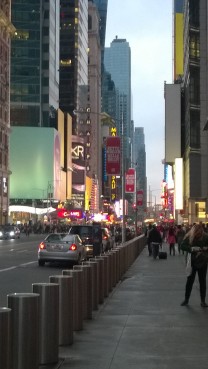 After six days in New York City, I’m back home. Or at least, my body is home. I fear my heart is somewhere on 5th Avenue, in the vicinity of Bryant Park.

If you’re in the area, could you keep a lookout for it? Oh and while you’re at it, could you stop at that one sandwich shop – you know the one I mean, right? – and get me a smoked salmon roll? I’ll pay you back.

These are a few general thoughts I had about our trip. Details will come later:

How did they get a stereotype for being rude? One native New Yorker I know, now a Phoenix resident, claims the rude ones are from other places. She says real New Yorkers are friendly. (This is an excuse we use for Phoenix drivers — it’s the California transplants who drive like maniacs. We’re angels.)

On the other hand, maybe the reason we had no issues in New York is that we did our best to stay out of the way. I mean, if you’re some rube who stops in the middle of the sidewalk, gazing up at the skyline with your mouth hanging open…

Then again, it’s really hard not to let your mouth hang open.

Honestly, just walking around looking at the buildings? Hands down, that was my favorite part of New York. Which leads me to my next point…

2) They can always tell you’re a tourist.

I suppose me constantly stepping to the side and taking pictures was a clue. 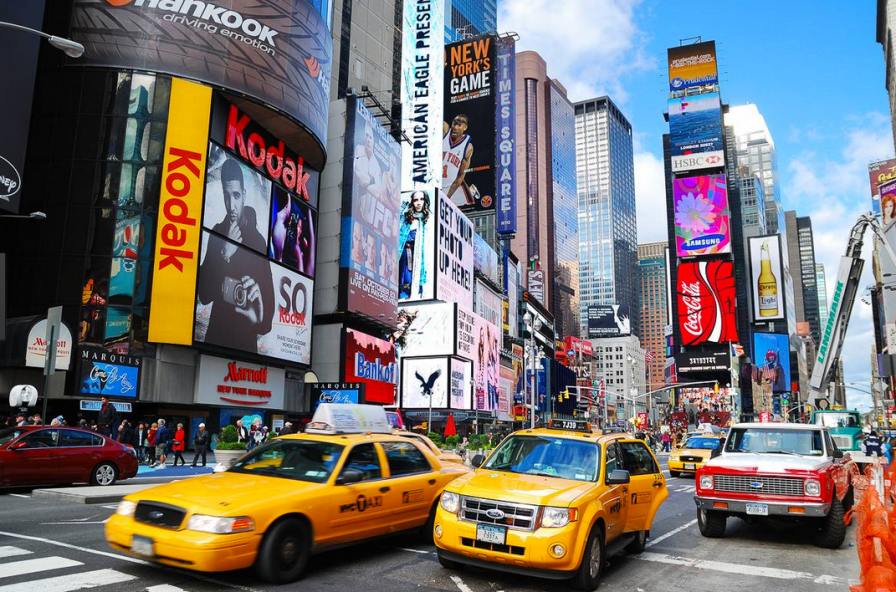 Everywhere you look, there’s something new to take in. Right next to a grand cathedral, there might be a modern glass building, Art Deco, Gothic, and on and on. Son said it was like someone vomited architecture all over the city. (He meant it as a compliment.)

3) Everything tastes better in New York 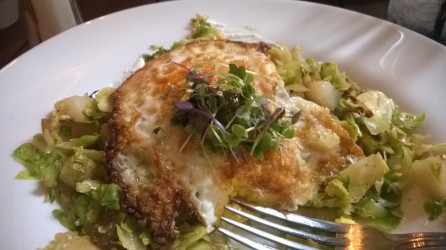 But I didn’t get a picture of the salmon roll. I just ate it.

4) There are a number of free things to do in New York.

If you tire of museums, shows, and dining on sumptuous meals, there are plenty of other things that are totally free! The New York Public Library is definitely worth a visit (they have the original stuffed animals that inspired the Winnie the Pooh stories), you can spend a whole day walking Central Park and probably not see it all, you can tour cathedrals and even see the burial place of Alexander Hamilton (at Trinity Church), and the Performing Arts Library at the Lincoln Center has a super cool museum – totally free! 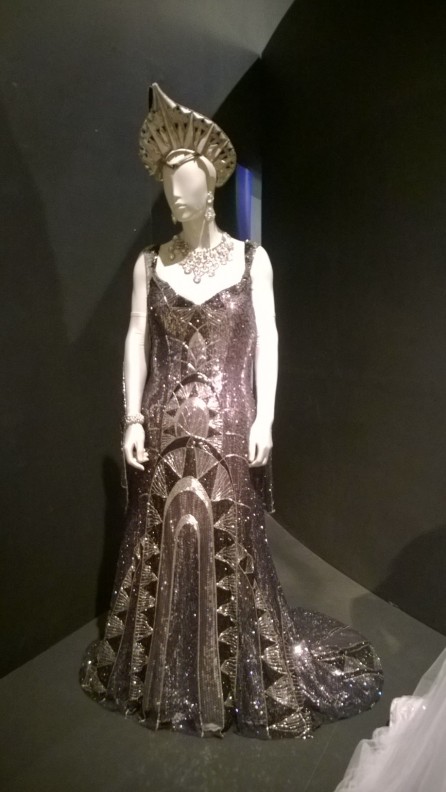 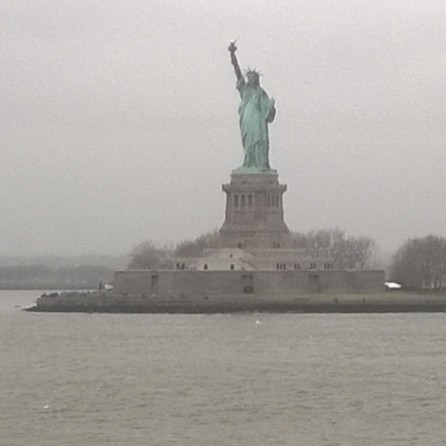 5) That being said, New York is still expensive.

But worth it. Totally worth it.

I should tell you, there is a downfall to visiting New York: It makes the food you normally eat seem really boring. On the bright side, everything becomes a bit more affordable.

Example: On our way home from the airport, we decided to stop for pizza — but not just any pizza. It had to be good.

So we wound up going to a “Brooklyn-inspired” pizza & wine bar near our home. They’re good, but we don’t go often because we always thought they were high-priced. We got one large pizza, I had a glass of their house red and Husband had a Coke. Can’t remember what the kids drank, but when we got the bill, I was shocked. “Look guys,” I said, “it’s only $29!”

They were moderately impressed.

And that’s an overview of our trip. Next up I’ll tell you about the shows we saw (including Husband’s Carnegie performance) and the museums.

Meanwhile, I’m on the hunt for a good smoked salmon roll. I’ll let you know what I find.