Or so it appears, based on the popularity of egg and chicken jokes from last week.

Let’s get crackin’, shall we?

First one out of the carton — not an egg exactly, but plenty rotten — Moonstone Mary served one with bounce:

What do you do with a rubber trumpet?
Join an elastic band. 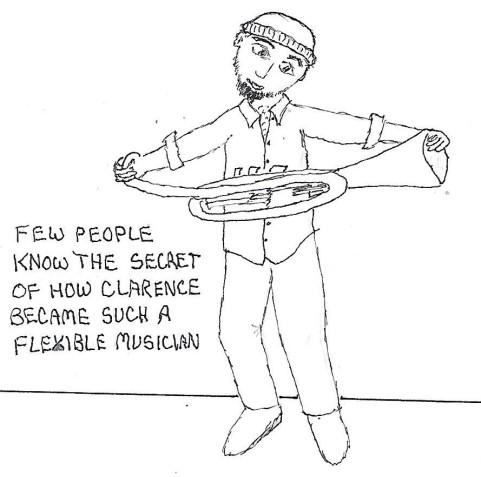 Next up, Andrew Reynolds from Andrew’s View of the Week gave us a sunny-side up tale:

What is an egg’s least favorite day of the week?
Fry-day

I’m a little embarrassed to admit how long I spent drawing this one. Most of it on putting in the backsplash — oh that subway tile, what a pain to install!

Next, Eilene Lyon from Myricopia gave us a delightful tale involving two chickens and a literary frog. What more could you ask for? 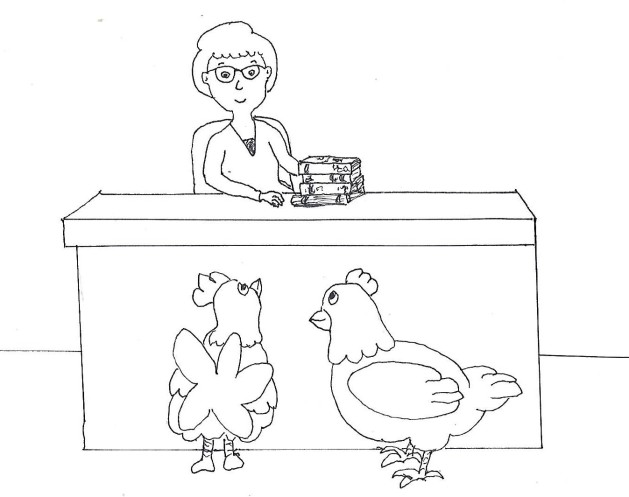 The librarian decides that the chickens desire another three books. The chickens leave as before. The two chickens return to the library in the early afternoon, approach the librarian, looking very annoyed and say,

The librarian is now a little suspicious of these chickens. She gives them what they request, and decides to follow them. She followed them out of the library, out of the town, and to a park. At this point, she hid behind a tree, not wanting to be seen. 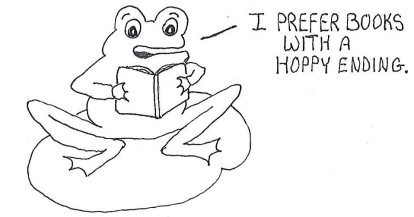 I think I might have a future in the chicken and frog drawing business, don’t you?

Leaping ahead, Lynette d’Arty Cross from In the Net! shared a chuckle from a young friend of hers… 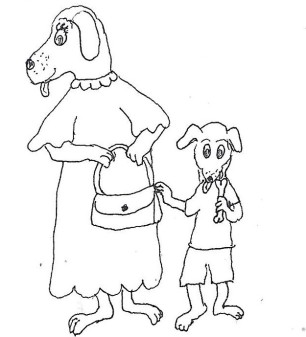 This is pretty good advice for all dogs, I think. Not just those who wear dresses.

Lastly, just when we thought we were all done with the yolks, WD from WD Fyfe proved his worth with a limerick:

There once were some eggs from Boston
Who were sold to a store in Austin
But their shells were all cracked
When the train left the track
And their yolks leaked out, and they lost ‘em.
But they didn’t go out with a bang
So that wasn’t the end of our gang:
They found a good cook
With a recipe book
And lived life again as meringue!

And with those heartfelt words, we come to the end of another Bad Joke Monday.

Thanks for joining us and don’t forget to leave a joke in the comments!

23 thoughts on “Bad Joke Monday is all cracked up”