We’re back again, folks. It’s time we take another scratch at… 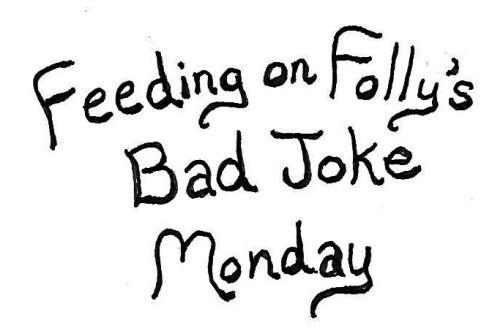 For those of you who just stumbled upon this mess, Bad Joke Monday is when people give us jokes one week and we take a stab at illustrating said jokes the next week.

Unless we don’t feel like it, in which case we take a nap instead.

So right off the bat, I’m taking a pass on illustrating one of them because I got distracted by something outside my window.

The joke is from WD of WD Fyfe, or rather, it’s from a machine.

WD said it came from a AI joke generator and as as he’s from Vancouver, I figure we can trust him.

What do you call a cleaning machine with a September?
An autumn-matic washer!

Pretty bad, right? Turns out programming humor is not so simple. You can read more on the subject with this article: Can artificial intelligence be taught how to joke?

Anyway, from the computer room we move to the opera hall: Moonstone Mary gave us this one:

What is Guiseppe Verdi’s favorite way to get around in an airport?
La Travelator!

For those of you whose awareness of classical music is limited to Bugs Bunny, airline commercials and the occasional movie soundtrack, the joke is referring to Verdi’s La traviata, the opera Julia Roberts gets weepy over in Pretty Woman.

Guess what? I didn’t illustrate this one either! Because, seriously, I’m going to draw Verdi?

But listen, I did the next best thing. I created a graphic! 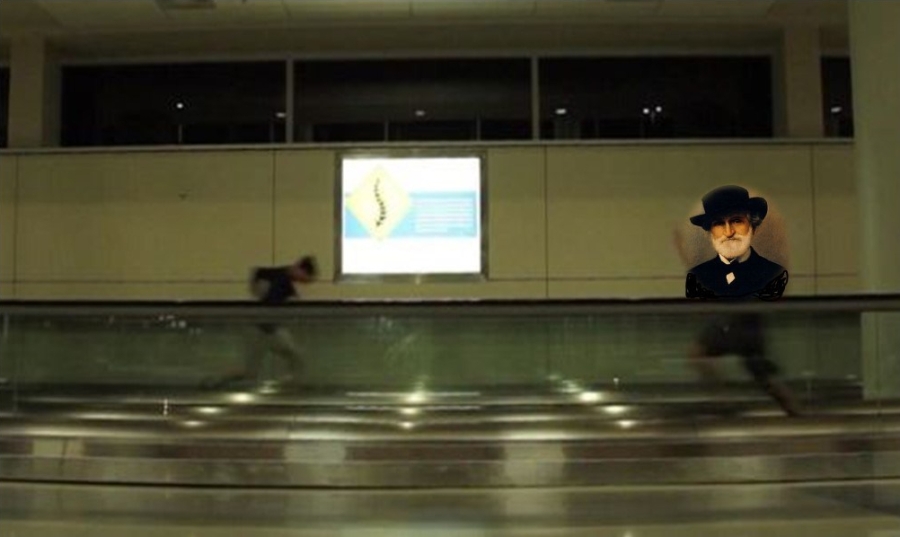 Not too bad, eh? And dang, but Verdi had great taste in hats!

Moving on, one bright side to the two challenging jokes above is that they made Margy from Amusives’ joke seem positively easy to draw:

Eggs Benedict served on a hubcap…
because there’s no plate like chrome for the hollandaise.

Though as I’m sure you’ll agree, that pun was so bad it was probably criminal…

And now I can let you in on a little secret: the reason the first two jokes didn’t get illustrated is that I spent a ridiculous amount of time drawing this one.

I bet it took me a half hour just to do the color, which is something I had sworn off and yet how does one show an egg on a hubcap without color? (I bet an AI would have figured it out.)

Fortunately, Eilene from Myricopia gave us one that was easier to draw and needed no caption:

What do you call a bear with no socks on?
Bare-foot!

I must say, I’m rather proud of how this one turned out. And it’s not every day you get to see a dancing bear playing the ukulele.

Our next two jokes involve cats — yay! (I love drawing cats. They’re almost as much fun as bears.)

Lynette d’Arty-Cross from In the Net gave us this charmer:

What did the alien cat say to the Earth cat?
Take me to your litter.

To answer your question, yes, I used my cat as a model for Earth Cat. As for Alien Cat, I just winged it.

Lastly, we have something really fun! Or at least, I had fun with it.

What did the cat say on the Zoom conference call?
Can you hear me meow? 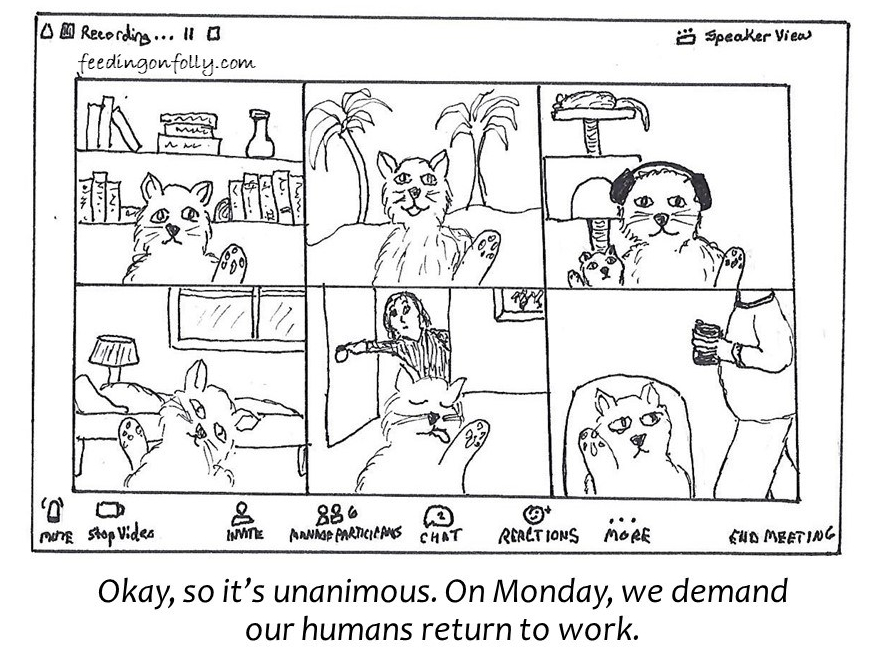 As I’m sure you can tell, I enjoyed drawing this one. I also want to point out that the center top cat is using one of the optional Zoom backgrounds. (Somehow he just seemed the type.)

That’s all for this week, friends! Be sure to leave a joke in the comments and check back next week to see it illustrated (maybe).