Another week has passed and for some reason we’re thinking about moving. Not us moving, but other people.

And why is this, you ask?

It could be because most of the jokes submitted last week had something to do with moving.

(This is where we segue into the Bad Joke Monday intro.)

Now tell me, have you ever seen such a seamless segue?

For those of you new to BJM and our award-winning segues, this is where people leave comments with what we euphemistically call “jokes” and the next week, I take what meager art skills I learned from the back of a cereal box and attempt to illustrate them.

Is this wise? Probably not. But as no one has charged us with disorderly conduct yet, we figure we’re safe.

Our first joke of the week comes from funny man Andrew Reynolds from Andrew’s View of the Week, who contemplated bird migration with this:

Why do birds fly south for the winter?
Because it’s too far to walk.

Of course, as we all know, not all birds fly south. And we must consider the fact that some might prefer another form of transportation. 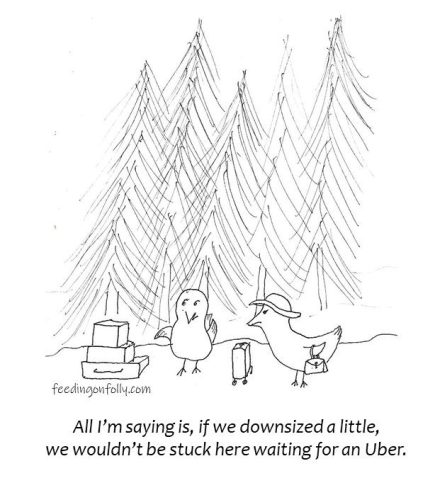 Speaking of transportation, Lynette d’Arty-Cross from In the Net! wondered this,

What did Batman say to Robin before he got in the car?
Robin, get in the car.

Which made me wonder what Batman might say once they were on the road.

Speaking of rest areas, is it just me or do you kind of judge a State based on the quality of their rest areas? That being said, I’m pleased to report that the rest areas I’ve visited in my current State – Minnesota – are some of the nicest I’ve seen.

Meanwhile, it is highly unlikely I will ever live in Oklahoma.

Remember when I said most of the jokes were related to moving? These are the ones that aren’t. Though if you imagine yourself packing clothes, it’s nearly there.

Here are two jokes from my Phoenix Friend Cheryl… no wait, she lives in Mesa… we’ll call her Mesa Cheryl.

(By the way, there’s a rest area between Phoenix and Flagstaff called Sunset Point. I recommend it.)

What did the lawyer wear to court?
A law suit. 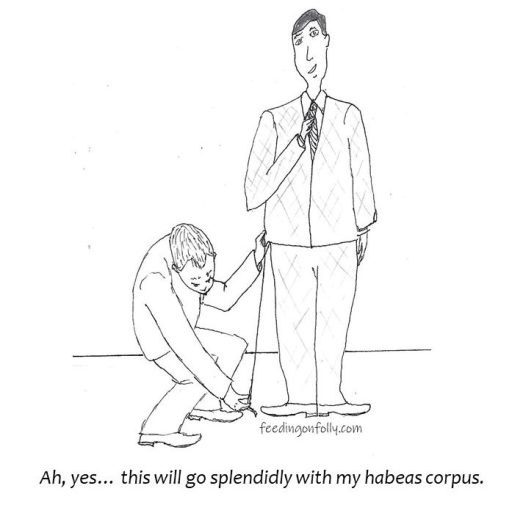 Why did the golfer bring an extra pair of pants to the golf course?
In case he got a hole in one.

And now we have an exciting announcement to make. Not only do we have another first-time joke submission (Yay!), the joke is related to current events!

The submission comes from the lovely Elise over at Sweet Esther Chronicles. If you don’t follow Elise’s blog, you really should. She’s funny and thoughtful and her posts meander in a very entertaining fashion.

Why can’t Trump go to the White House anymore?
Because it’s FOR BIDEN!

I want to go on record as saying the White House has a ridiculous number of windows and speaking as someone who draws silly comics in her spare time, I really resent that.

By the way, in order to draw the White House in a reasonably authentic manner, I used directions that a teacher created for her fourth-grade art class. I found her pdf very helpful, but in the end I decided not to submit my drawing because my ruler slipped a few times and I’m afraid it might affect my grade.

That’s all for this week, my friends! Remember to leave a joke in the comments and check back next week to see the illustration.